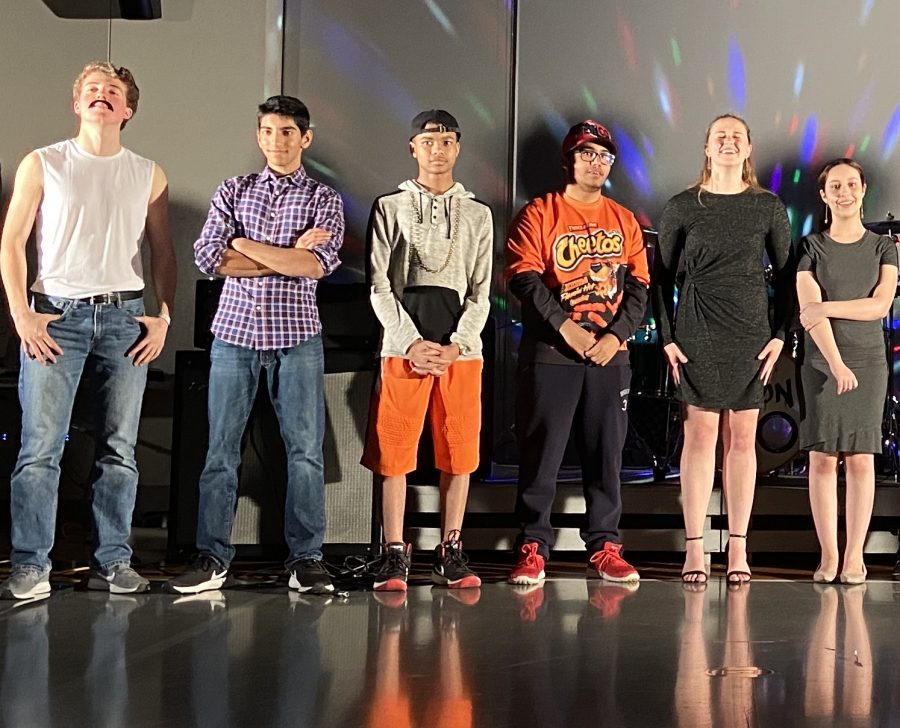 Every performer wowed the crowd but one left everyone speechless and in awe.

Dylan Kipp said that she has been singing and performing since the age of 7 and stopped when she was 13 to devote her time to playing rugby, making it to state competitions multiple times. Kipp dedicated her performance to her grandpa who recently passed away.

From talking to the talent show winners, all three expressed that they weren’t affected by the presence or reactions of the crowd, they simply performed and did their best. Third-place winner Naomi Canny expressed that she just went up there and sang.

“I kind of let myself loose when I perform on stage, I don’t really know what’s happening, I don’t notice my hand gestures, I don’t notice how my voice is, I just let this stage take control,” said Canny.

It wasn’t only the performers that made the night. Emcees junior Rakesh Oberoi, and sophomore Jiya Ghorpade had plenty of jokes and warming introductions to make the performers feel welcomed and at ease. The show wouldn’t have been the same without the constant corny jokes from Oberoi. One of my favorites was, “When is a door not a door, when it’s ajar.”  There were so many phenomenal performances that I was wondering if this is just a high school performance, or if they are in it for the long run.

One performer that got the crowd on their feet and really into it was the band, ORION, which has 3 out of 4 of the members at Lamar High School and the only Rhino in the group is sophomore Jason Torres. The group has been together since November of 2016 and plan on playing together for as long as they can. Jason has been playing since he was young and despite going to an academic-oriented school, he manages to practice and said how they are planning on writing some of their own songs.

Despite not going to school with each other, Torres said, “I would like to get a sustainable living off of making music and playing with a bunch of dudes that I love like brothers, so I think I’m in it for the long run.”

All three winners started at a young age.

All three winners expressed that they were too shy to perform in front of their family and friends and would only practice when they were by themselves. But their shyness did not stop them on this Friday night.

“In situations where I’m really showcasing myself in a way, I get super uncomfortable, and I get really nervous and insecure because I ask myself, what if I’m not good enough,” said Dylan Kipp.

All in all, the performers that showcased their talents. Each had their own background and history which makes each performance special and unique, and it goes to show that Carnegie is filled with students who have more than big brains.