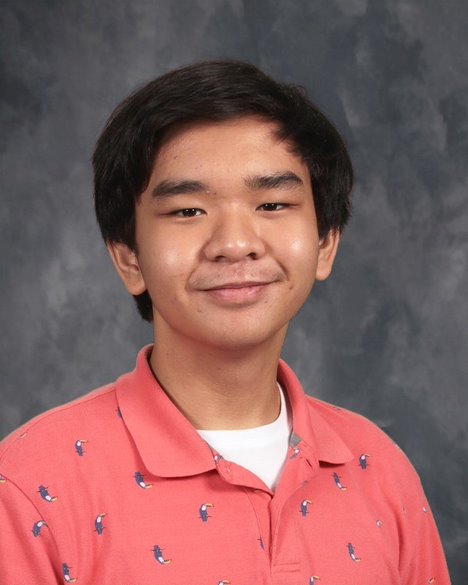 Alexander Nguyen, a grandson of Vietnam War veterans and refugees, examines the relationship between the press and soldiers' morale in his published paper.

By Maya Collins and Marcos Delgadillo

We’ve all seen it. Horrific images of innocent children and civilians being bombed during the Vietnam War. The Vietnam War was the first war conflict to be televised to the masses, generating widespread outcry for its end.

Although there have been many studies on the media’s impact on public opinion of the war, CVHS Alexander Nguyen was compelled to fill the gap on the lack of studies of the media’s impact on Vietnam War soldiers themselves. This past September, Nguyen’s AP Research paper, “War Journalism and Vietnam’s Veterans”, was published in the Journal of Student Research, a national journal of academic research from high school and college students.

“The different sorts of news would end up making a clear indentation onto Americans throughout the country, and the Vietnam War’s unpopularity would largely come about due to the massive amounts of war journalism that occurred during the time. However, when researching war journalism, no researcher speaks extensively of the relationship between the war journalism and the soldiers themselves, who were fighting the war, and whether or not their thoughts and ideas on the war would end up impacting the direction and morale of the armed forces themselves,” writes Nguyen. The included video is an example of the journalism being shown to the American citizens back home during the war.

Nguyen was inspired by his Vietnamese roots and two grandparents who fought in the war, including one jailed in the subsequent aftermath of a Northern victory.

In his research, Nguyen utilized several surveys and interviews. By using past CSPAN war veteran interviews, contacting the Texas Branch of the Veterans of Foreign Wars and individual Vietnam veterans themselves about their interactions and opinions on the war press coverage, he was able to gather more qualitative data. Initially, he did not receive an answer, but over the course of a few weeks, various soldiers agreed to grant him an interview.

“The interviews conducted corroborated my knowledge, but I did learn a lot more from the many different fronts of battle and a lot of new aspects of journalism,” says Nguyen.

Nguyen’s study concluded that the morale of soldiers during the time was unaffected by the press. But he notes that qualitative data might have been informed by uncontemporaneous reflections of a past that might have become biased through time.

“Due to the retrospective nature of this research, it is very possible there was some bias in the process. The veterans’ pride may have affected the answers in a way that did not reflect their true experiences. This may have led to the veterans going ahead with the idea that they were steadfast in the message of freedom that their army and their country so widely advertised, even if their morale may have been damaged by the press,” writes Nguyen.
At the end of his study, Nguyen advocates for a more expansive study that can examine the relationship between the press and more contemporary war conflicts.
“An understanding of this relationship between the press and the soldier allows for an analysis of the role of the press in wars past and present, as well as an understanding of how the government controls press from war to war. The relationships between the different parts of warfare allows for a clearer and more vivid image to be formed, as well as an understanding of how culture that the war arises from effects its goals in the end.”
Delete Image
Align Left
Align Center
Align Right
Align Left
Align Center
Delete Heading