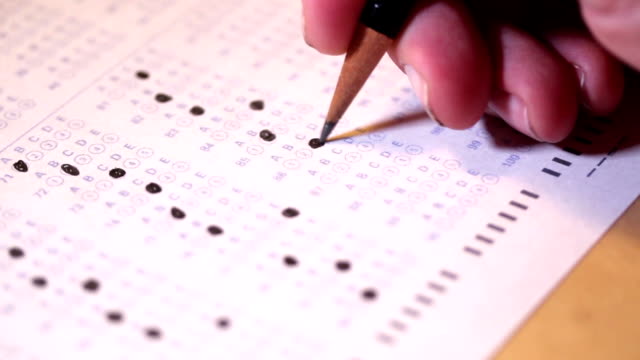 Every year, thousands of students take the PSAT and the SAT.

At the end of October, Carnegie students were tasked with taking the Practice SATs or PSATs, an exam that students use to gauge their readiness for the actual SAT their junior year.

“A 1520”, Jessica replied, when asked what score she received on her PSAT.

This was a perfect score, one that would separate her from the pack of 3.5 million students that take this exam.

So how did she pull it off? How did one of our own Carnegie students do the impossible?

“I didn’t study” she admits with a laugh.

Jessica feels that there’s no secret cheat sheet or exact studying method to follow: it’s all about how you take the test. We asked Lin if she had any specific tips for future test takers.

“Read over everything, like reread things, because like, I know, there’s a lot of mistakes that I catch the second time around.”

She even went on to certify that if more test takers took their time and reread certain parts of their test, they would do better.

After interviewing Jessica, we wanted to get a similar perspective, but one that could inform us on a bigger monster: the actual SAT.

After asking around about the best scores at Carnegie, and going on a goose chase for what seemed like forever, we were able to find senior Nicole Bates. We wanted to find out how a high SAT scorer felt about the test, how she prepared, and how she thought others could do well too.

This score was only 100 points away from perfect, in the 99th percentile of 1.7 million, making her eligible to apply to any college she may choose, and be competitive with other applicants.

We simply wanted to know how she thought she did so well, and if she subscribed to the same “no preparation” method as Jessica.

“So, I took it for the first time in December, and I got a 1310 on that. After I took that, I linked like my college board account to Khan Academy. And so by doing that, it tailors practice problems to use. It linked to my SAT and what problems I missed, and then it gave me practice problems, exactly like them. It really helped me be able to study and practice what I needed to work on. For me reading is my easiest section, and the math is always my hardest. So, I was able to not really focus too much on reading and practice more on the harder math questions for the second test” Bates said.

To contrast from Jessica’s method, Bates feels early test taking to see where your footholds are, and then retroactively working based on how you score. While Lin’s more forward approach worked for her, Nicole was helped by working backwards.

We wanted to know what else, besides studying she had done on her own, outside of school, had helped her achieve such a score.

“I think definitely, AP [English] Lang[uage] helped me a lot for the reading section. That whole year, we practiced for how the AP exam is going to be, and a lot of those questions are similar to the reading section on the SAT. So in that sense, it really helped me. I think also in math, because we’re such a high standard school. We really cover a lot more math than other schools would. I think that helped me a lot too. Going into the SAT, I was more familiar with everything that I was seeing” Bates said.

Carnegie, known for our rigorous academics, actually paid off for Nicole, something many students don’t see happening for them. She attributes CVHS’s learning system, which is AP focused, to a near perfect score on one of the most important tests of her life.

“I think it’s definitely going to help getting into college because a lot of times, colleges are really like score heavy. They’re really looking for good scores and good academic performance. So I think that will help me a lot” Bates said.

Bates expects to be very competitive in her higher learning setting, as she has a score that sets her apart from most applicants.

Finally, we wanted to see if she had any advice, so our readers could find out the secret, Holy Grail for SATs:

“I would say definitely review. Like, if you know from past experience that say math is your harder subject or reading, try to focus on studying what’s harder for you. Don’t necessarily just focus on everything all around, because if you’re really good at reading, and then you spend a lot of time on a reading, but not a lot on math, your math score is going to be lower. So just kind of figure out what works for you” Bates said.

Probably nothing you haven’t heard before. Two successful test takers, with completely opposite methods. This all shows that studying methods must be specific to the test taker. It isn’t something that can be explained to a science, as no two test takers are alike. The stark contrast between these two students’ methods show that whatever side of the spectrum you are on, completely depends on you. 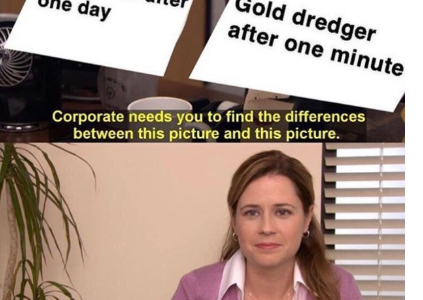 You’re in your room, lying comfortably while scrolling through twitter. You start seeing memes and they just keep coming. Meme culture has become something embedded into the teen culture to that point it has become a way that we talk and communicate, like a secret language that only teens really understand. With meme culture being such a big thing, making memes of things like the PSAT doesn’t seem like such...